Tales of Demons and Gods Wikia
Start a Wiki

What's on your mind?

Check out the Reddit page for Tales of Demons and Gods!

Let build this community up!

Hi guys, I read all the manga in 2 days, im totally in right now and I just finished the last chapter (249) so it's a bit embarrassing caus' im kinda addict about this story and I want to learn more about everything, so can someone tell me what chapter of the light novel should i read to continue the manga's line ? Thank you guys and have a good day.

It is my request that you update the website info which is stuck at chapter 251. It is better for people coming back to the novel to just read the info as a recap. And if possible also add the info from donghua season 2 which is a filler season.

Were doas the manga and the novel meet about.

With this post i hope some of you can share some links so everyone can enjoy the anime :)

http://animesql.com/?s=TALES+OF+DEMONS : I don't have check the quality but 2 season on 1 website is the best i have find for now

https://www.youtube.com/playlist?list=PLJWV2ZKu32cVbOTMheJ4tlkbxSU0ThlNo : This youtube links is very promising s1/2 are in 1 video but he stop to post new episode since 6 month

And lastly I apologise for my english, you know I'm french so i'm a bit bakka with other language

TALES OF DEMONS AND GODS ALL SEASONS - YouTubeYouTube

How old is he? After all in chapter 215 (in the light novel) and many other chapters it says: The higher ones rank is the longer your lifespan becomes. Since thats true and Skycloud is a Martial ancestor realm rank then how old is hw and/or the rest of the Hierarchs?

How many wives does Ye Zong have ?!?!

CAN SOMEBODY PLEASE UPDATE THIS WIKI

This is the place to talk about your favorite topic, to share news, theories, ideas, and to connect with others. The content from your Forum has been converted to Discussions posts, so nothing has been lost.

To learn more about what you can do here, check out community.wikia.com/wiki/Help:Discussions

If you're an admin on this community, read more about how you can customize your Discussions and set up guidelines for contributors: community.wikia.com/wiki/Help:Admin_and_Moderator_Tools_in_Discussions

The Origin of the Temporal Demon Spirit Book

The story takes place millions of years ago, before the birth and rebirth of Nie Li.

The stories main character is named Lachlan, who upon him 20th birthday leaves on a journey to cultivated underneath the Knowledge tree. Currently, in our story, (Chapter 60) our hero is gearing up for war with the demon beast hordes rampaging across Dreamcloud.

Do we have any idea on how many episodes? Are they licensed?

Not sure I like the 7 minute minus 3minute credit/Intro format but glad to see it being done...

Basically, things about Soul Realm, Soul Force, Law Energy and Heaven Energy is consider to be a profound existence given by God for human to become cultivator known as demon spiritualist or fighter. But another thing that exist in TDG is term "Intent" or "Dao Intent".

How exactly "Intent" gonna exist in manhwa is still not clear but I remember when Shen Yue use his Soul Force to attack Nie Li's Soul Realm, Nie Li could shattered the former soul realm with his "killing intent" making Shen Yue wetting himself in fear.

Gu Bei cultivating "sword intent" and can be used to attack.

According to Ancestral Master Daozang's intent, he's already dead and reincarnated but even the intent didn't know who his reincarnation might be.

Technically, Soul and Intent is two separate thing but Intent could exist with memory, knowledge and power of the owner.

Emperor Tian Yuan's Intent could be so powerful, it can hide anyone inside it and can also impart energy and knowledge to anyone else and take that person as student.

I made a fanfic short story based on TDG.

Tales of Demons and Gods: Another Story

Help us grow Tales of Demons and Gods Wikia 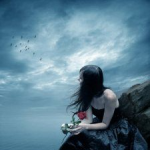 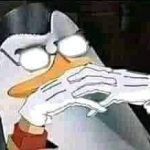 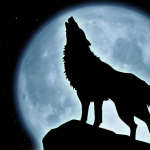 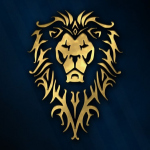